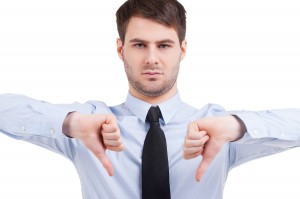 During the round table session that HUD held in Washington DC recently, it clarified its position on automatic Power of Attorney written into a condominium’s legal governing documents.  If the legal documents grant irrevocable POA to the association simply by the unit owner accepting the deed, the condominium is ineligible for FHA condominium project approval.

We don’t see this language very often but do bump into it now and again, twice yesterday in fact.  The language reads like this:

“Each Unit Owner shall and does by the acceptance of his deed grant to the Association of Unit Owners an irrevocable power of attorney, coupled with an interest, to acquire title to or lease any Unit whose owner desires to surrender, sell or lease the same…” [I won’t bore you with the rest of the legal mumbo jumbo.]

In both of these cases, the condominiums were approved by HUD in 2013.  Fortunately, one of them recently recorded its Amended and Restated Declaration and Bylaws and removed the power of attorney section in its entirety.  They will be eligible for approval.  The second is in the process of doing so and will not be eligible for FHA approval until the document is adopted and recorded.  [I offered to review them for compliance with HUD’s guidelines.]

Because it was announced that HUD will begin enforcing the Appendix A Project Certification form, it would behoove any submitter of a recertification package to re-read the legal documents of a condominium to ensure offending language like this does not exist.  As a reminder, the submitter is responsible for the accuracy of the approval package, whether or not he/she signed Appendix A.  Had I submitted these for project approval without re-reviewing them, I would have been subject to fines.

Just because the condominium was approved 2 years ago does not guarantee that it will be recertified.  Not only has HUD modified many of its guidelines for project approval, HUD staff members have become far more adept at reviewing the packages.  This is a perfect example of the need to review the entire condominium prior to submission for recertification.